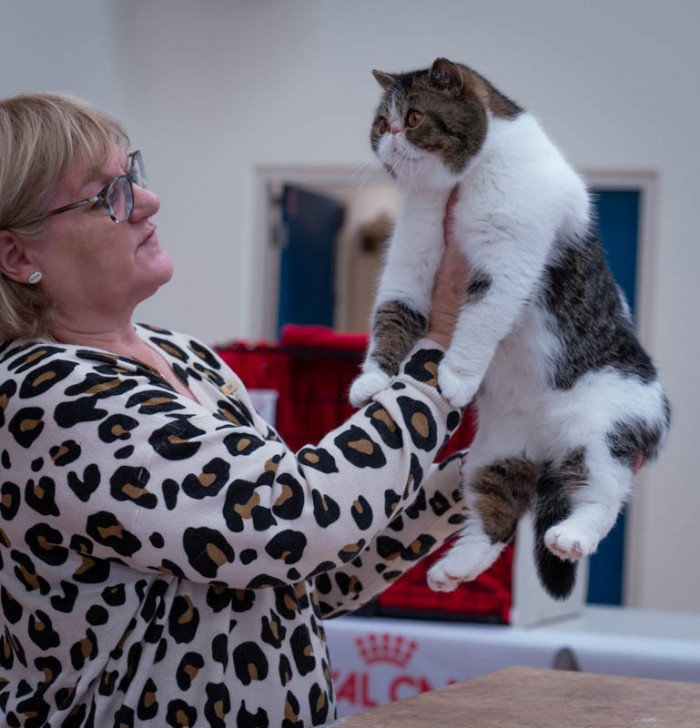 I commenced breeding under the prefix of Cheros in 1985 with my first female, a Blue Tabby Lynx Point Siamese (as they were known then). I quickly established that tabbies were the only way to go and continued breeding them until a sudden revelation came to me I saw photos of the Havana (Foreign Chestnut) Oriental – now known as the Chocolate Oriental.

I was able to acquire one of the first Havanas to come in to Adelaide – can always remember the gorgeous Chestnut brown coat colour with a reddish undertone. They weren't known as Orientals back then – they were under the Shorthair (Other than Siamese) section of Group 3. After quite considerable submissions a nd lobbying, they were formally recognised as Orientals in Group 2 for both showing and breeding.

Over time, I combined the love of tabbies, chocolates and silver to produce babies that covered all these factors and had some success on the show bench. I also changed my prefix to Talkabout as that is what these cats did constantly – talk! I was also able to take up a judging course and received my Group 2 licence in 1985, followed by Group 1 in 1988.

During this time I was elected to positions within the Feline Association – Registrar; Secretary; Treasurer and then President as well as being a member of the Executive Committee. I was also a member of the Breeds and Standards Sub – Committee.

In the 90's I deviated from Group 2 cats to take up the ever challenging challenge of Devon Rex cats. During that time we were fortunate enough to have many of the old English lines available and I thoroughly enjoyed these 'ET' felines. I gave up breeding cats a few years ago, mainly due to extensive travel for work and I now share my house with a cat and a dog. I am still judging and talking to exhibitors though!